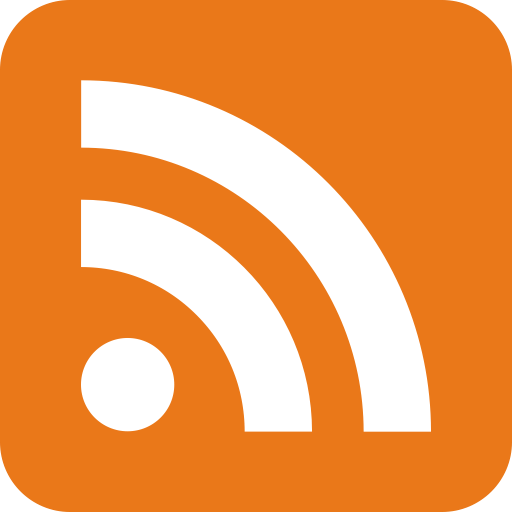 [Free transcription of my intervention at the S&D Group debate: ‘Copyright: what is broken, how to mend it?’ on Thursday 18 October, 2012 at the European Parliament, Brussels. A link is available below for downloading this article in pdf format. Update: Spanish translation in <http://derecho-internet.org/node/582>]

Thank you for your invitation as a speaker in this open debate on the copyright reform.

We have been listening for two hours about authors, works, copyright infringements and it surprises me that nobody has mentioned yet the wealthiest work built under intellectual property.

In 19861 a group of authors continued with the composition of a documentation set that was licensed under an intellectual property permissive model: copying of the documents not only was allowed but was promoted. The group of technically skilled authors incorporated what was known as the IETF,2 Internet Engineering Task Force. The document set consists of the so called RFCs,3 Request For Comments, and it has happened to be a successful adventure which has transformed radically, amongst others, the way we communicate, the economy, the kind of society we live in and the way we make politics. I refer to Internet foundings and the task of this documentation licensed under a permissive model4 is enable computers to talk to each other.

Even though Internet is the most important and the wealthiest intellectual property work built in the last times, it seems to be invisible. Although free works (free as in freedom, not as in gratuit) are the core of our society, the study of the effects they suffer when legal regulations are modified is not in the public discourse. But before arriving to the point of intellectual property, please let me speak about the context where the copyright reform will operate so we can analyse properly its implications.

The four domains of the commons

Elinor Ostrom5 was awarded in 2009 with the Economic Sciences Nobel Prize for her analysis of economic governance, especially the commons 6 and her writings can illuminate us when researching on this field. Ostrom and Hess (2001) were the first to propose the treatment of information as a common pool resource. The commons are resources collectively owned by communities. As such a commons, information suffered the same perils as the rest of goods in this category:

The records of scholarly communication, the foundations of an informed, democratic society, are at risk. Recent legal literature heightens our awareness of “the enclosure of the intellectual public domain” through new patent and copyright laws. There are a number of issues concerning the conflicts and contradictions between new laws and new technologies. Information that used to be “free” is now increasingly being privatized, monitored, encrypted, and restricted.7

Antonio Lafuente8 taught us in a most clarifying paper9 that the commons develop their existence in four domains. These domains are body, nature, city and digital. Examples of commons in each domain can be: the DNA in the body domain, clean air, fisheries, woods, sea in the nature domain; the cities sewer systems and activities born within urban life like dancing waltz, playing football or painting graffiti would exemplify the city domain, whilst the best example of the digital domain is free (as in freedom) software. Amongst many others, perils to these commons are the cases of patents on biological organisms, the possibility of reaching agreements on greenhouse gas emissions under Kyoto Protocol, enclosures to public spaces where to practice sports or the appropriation of traditional knowledge.

Lafuente’s categories serve us as a great conceptual tool to approach the commons we are most interested when dealing with intellectual property: the commons in the digital domain. To specify further, Harvard Professor Yochai Benkler10 distinguishes three layers in the digital domain:11 The infrastructure, the logical and the content one. Infrastructure layer components are designed to match requirements of the RFCs open standards, the logical layer is composed by software that handles domain system,12 web13 and email14 servers, web browsers,15 email clients16 or operating systems like GNU17/ Linux.18 On the content layer we find works like Wikipedia,19 OpenStreetMaps,20 the semantic web21 or Tim Berners-Lee work opening governments.22 I should add that this morning I checked the web server of this parliamentary group and it is a free software Apache-Coyote server.23 This means this parliamentary group is profiting from the digital commons for free.

New agents to build and protect the commons

This is our will: to build a strong digital commons that can be copied, transformed and disseminated ad infinitum for everybody to profit. As it should be clear by now, restrictions to copy are not applicable to these intellectual property works. As in a natural language, protection of this intellectual property is reached by sharing the code.24 Proprietary wealth is obtained by the players working over the common and untouchable baseline. People on the legal field have been using this model since more than two thousand years ago: we freely copy the law and the judicial resolutions and it is an obvious fact that numerous professionals live from this free knowledge, including the members of the European Parliament.25

To create the digital commons and to protect them from political power aggression, two new agents have appeared: collectives and hackers. The
importance of taking them into account in the process of copyright reform is obvious. Collectives are a main agent producing goods. Peer production26 as an emergent phenomenon is comparable to the association of merchants in XII century27 which derived into the birth of corporations, of so much importance nowadays. For good or for bad, collectives have been able to end the reign of Encyclopedia Britannica and substitute it for Wikipedia. Linux Kernel28 proves that collective work has no limits in code quality. On the same side, hackers (not to be confused with the term cracker)29 are demonstrating the capability of becoming a negative legislator30 through coding, turning laws into a non enforceable political anachronism. Implementation of harder laws to “protect” restrictive intellectual property rights have no result in diminishing intellectual property infringements but do trigger the creation of software (another work under intellectual property) which is used to render ineffective the legal rules issued to enforce intellectual property. Hackers answer restrictive intellectual property laws with computer source code that circumvents legal code allowing users to discover new technological uses. The undesired side effect of restrictive laws is an expansive bit-copy system.

There is a tension between private and collective intellectual property that must be considered by the legislature when approaching a copyright reform. Especially this socialist and democratic group should not forget the potential of the invisible collective intellectual property. As Benkler argues, the expansions of [proprietary] rights operate, as a practical matter, as a tax on nonproprietary models of production in favor of the proprietary model.31 This is not only a theory but a reality in Spain, where the collecting agency Sociedad General de Autores y Editores shows in its balance sheet 229 million euros belonging to authors with pending identification,32 while the collecting agency Centro Español de Derechos Reprográficos (CEDRO) appropriated 1.7 million euros33 in 2011 asserting it was not capable of identifying the right holders. In these cases, it is certain that collecting agencies, who only represent proprietary models, “tax” and receive incomes as levies from non member works resulting in final appropriation of amounts they are not entitled to receive.34 Regulating rights in a copyright reform affects not only to users but also to state costs, to common wealth generation and to financial transfers from public to private interests.

European lawmakers should carefully take this collective intellectual property into consideration as it is the seed for development.35 Invisibility of the commons has been the rule for this event but it is also the rule for economic indicators. We use bad metrics when analysing the wealth of the commons and although Gross Domestic Product (GDP) is unable to state the value of Internet protocols,36 we can ascertain that a country with no Internet is underdeveloped as it would be if it could not freely use the alphabetical order algorithm or the multiplication table. Time must come when the legislator chooses properly between laws that promote collective wealth or precepts that defend proprietary rights criminalising extended uses of technology.37

Finally, we must concisely mention the relationship between copyright and democracy.

Intellectual property is an ordinary right whilst freedom of speech and the right to receive and impart information are fundamental rights.38 Although it is not necessary to remember the importance for democracy of a well founded public opinion, we should scrutinise the evidence that these fundamental rights core to democracy are enclosed within an intellectual property carrier.

In historical timeline, oral speaking in the agora or ekklesia was the information handled to build the public opinion in the 5th century BC Greek democracy. After the press invention, oral and written words nurtured the political system, the protestant reform and the Enlightenment. Nowadays, we cannot understand democracy without a common pool of oral plus written information and open data.39 Citizens, NGOs, private foundation and other institutions are using open data, promoting open access and open science to develop technologies of objectivity suitable for political power control in a praeter Orwell sense: citizens auditing their governments and pushing to what is known as open government.40 We the people code micro-political actions where we share open data and propose following a free proceeding which can be as simple as clicking the Facebook I Like it or as complex as a complete judicial procedure.41 Data mining and web scraping are political actions made by political actors enclosed inside intellectual property.42

When we reform copyright, we are not only regulating property, we are regulating knowledge. And knowledge must be free.43

Thank you very much.

[Verbatim copying and distribution of this entire article is permitted in any medium, provided this notice is preserved.]